How Often Can You Take Viagra? 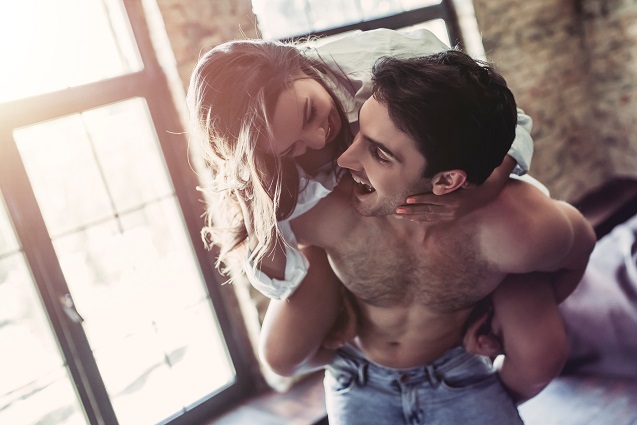 In this article we continue answering customers’ questions about such a widely spread medication against erectile dysfunction in men as Viagra. There are lots of men who would like to improve the quality of their erection, but whose doubts and lack of information about this drug stand on their way to the restoration of sexual activity. However, this material doesn’t purport to cover absolutely all issues which are of concern to patients.

How Long Before Sex Should You Take Viagra?

This question belongs to the number of those which are most often asked by men who are going to take Viagra for the first time in their life. The answer to it is not very straightforward, although in the instruction manual it is said that the drug should be taken by the patient 40 minutes or an hour before sex. The fact is that in different men Sildenafil Citrate, the active substance of Viagra, can be absorbed into the blood at different rates. In addition, the speed of absorption of Sildenafil depends on how much you ate – if shortly before taking the drug you have loaded your stomach with fatty food, the medicine will start acting later than indicated in the instruction.

In some men the drug can start acting already fifteen minutes after the intake, and in some about an hour and a half is needed, but in general instructions are right: take Viagra not earlier than half an hour before the planned sex, and not later than an hour before it. Thus, you will spend directly on sex the main part of the time during which the drug will be in action, which is an average of four hours. This is more than enough to fully satisfy both partners. It should be taken into consideration that the effect of the drug is manifested only if a man is sexually aroused or stimulated. If he just takes a pill and goes to sleep or watch TV, erection will not appear. This is due to the fact that the basis of the action of Viagra is the mechanism of stimulation of the natural process of male arousal, and the drug is not an aphrodisiac and does not cause an involuntary erection.

It should be noted that alcoholic beverages greatly reduce the positive effect that Viagra should have on an erection, so it is not recommended to take this medicine in a combination with a significant amount of alcohol. Remember that binge can negate the stimulating effect of Sildenafil, but the side effects of the medicine will only increase.

Viagra’s Side Effects In Men

The next item that excites most men suffering from erectile dysfunction or premature ejaculation is the side effects that occur when taking Viagra, and how often they occur. The most common side effect is nasal congestion, which occurs soon after taking the drug due to vasodilation not only at the “destination” of the medicine (penis), but also in the mucous membrane of the nose. As a rule, stuffiness in the nose passes away an hour or two after taking the drug.

Also, often enough a flush of blood to the face takes place, expressed in the reddening of the skin of the cheeks. It is not accompanied by any unpleasant sensations, but can give out the man if he hides from his partner that he uses tablets to increase potency. The third frequency side effect is the reddening of the eyes, more precisely, the vessels in the eye whites. It also doesn’t do any harm to the body and is caused by the dilatation of blood vessels under the influence of Sildenafil.

The next most common side effect is a headache. If you take a Viagra pill in the evening before sex, it may occur next morning and has a character similar to a headache experienced after a hangover. It can be removed with any simple analgesic, but even without any treatment it quickly enough, usually within an hour, passes away by itself.

Quite often there are violations in the perception of colors, for example, when the green color begins to appear blue. This is connected with the fact that Viagra causes narrowing of arteries feeding the optic nerve. For men who do not have vision problems, this phenomenon is not dangerous, but patients with ischemic neuropathy of the optic nerve are strictly forbidden to take both Viagra and any other drugs for the treatment of impotence belonging to the group of PDE-5 inhibitors.

Other side effects, like nose bleed, digestive disorders and allergic reactions, are so rare that the average consumer should not pay attention to them.

The maximum possible daily dosage of Viagra is 100 mg. The manufacturing company produces the drug in pills containing 25, 50 or 100 mg of the active substance, and all three options are widely in demand by men. The minimum dosage is usually used by elderly men, or with minor erectile dysfunction, and is also prescribed for patients whose sexual failures are psychologically motivated. 50 mg is the most frequently prescribed dosage of Sildenafil Citrate. It is sufficient for most men suffering from sexual dysfunction of varying degrees of severity, both organic and psychological.

100 mg is the maximum dosage of Viagra which is safe for a middle-aged man who does not have kidney, liver and cardiovascular diseases. A tablet of 100 mg can be taken occasionally when you plan to arrange a real sexual marathon. It is better not to abuse the frequent use of such a strong drug for improving the potency, because, although Viagra works only four to five hours, a certain amount of the active substance still remains in the body. If you need to take medication to improve your erection regularly, pay attention to the lower dosage of the main ingredient. The effect of the drug will not weaken, and the load on the organism will be less.

Some information that help you to use viagra careful